The Euro continues to remain pressured against the US dollar and remains below the $1.1600 mark, extending Tuesday’s losses and looking very vulnerable as we head into the European session today.

Comments yesterday from European Central Bank president Christine Lagarde, yesterday did little to help the European currency and she noted that the central bank will pay close attention to wage developments and inflation expectations to make sure the figure hovers around 2%.

She also showed little concern to the soaring energy prices in Europe and mentioned the ECB would be treating this as a temporary situation which will not drive big decisions.

"We should not overreact to supply shortages or rising energy prices as our monetary policy cannot directly affect those phenomena," Mrs Lagarde said.

Yesterday’s release of Markit Service PMI figures from both the Eurozone and the US came in broadly in line with analysts expectations and caused no major movements in the EUR/USD currency pair. The more important ISM services figure from America which hit the market at 61.9 against analysts’ predictions for a figure of 60 was the news that generated interest in the greenback at the expense of the Euro.

Looking ahead today, all eyes will be on the latest retail sales figure from the Eurozone which is expected to come in at 0.4% against last months figure of 3.1% and is obviously a sharp decline. This may be attributed to rising energy prices which is dampening consumer spending but, in any case, is a negative sign for the Euro block. 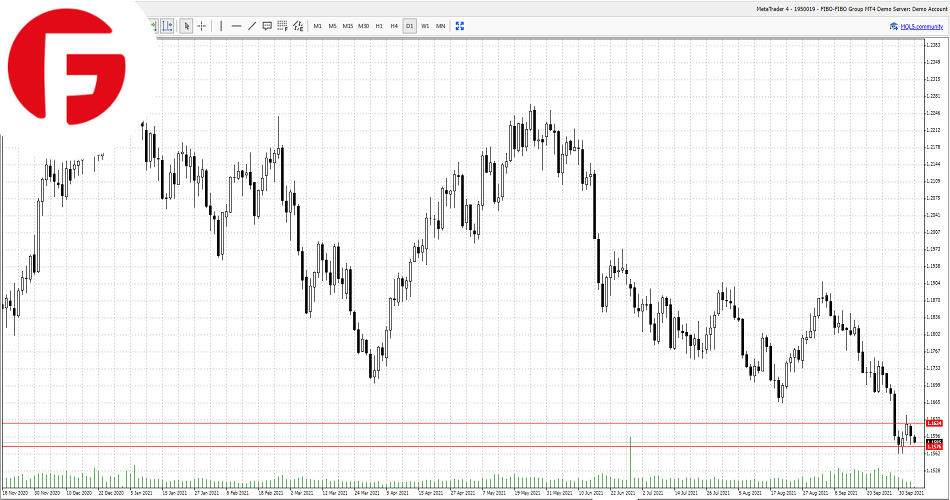 The EUR/USD currency pair has found itself rangebound over the last 5 trading sessions between $1.1576 and $1.1624 with the occasional breakouts which were short lived.

The disappointing 0.4% retail sales figure expected today is most likely already priced into the Euro so anything above this figure may see the EUR/USD make another run for the top of the current trading range.

If on the other hand, we see a figure below analysts’ estimates, we may see another break below the $1.1576 support level and a new 14 month low for this currency pair.