The Euro received a significant boost in yesterday’s trading session after the release of the latest minutes meeting from the European Central bank which led to speculation that a rate hike may be forthcoming within the next few months.

European Central Bank official Klaas Knot put the market on notice that a 50-basis point rate hike could be possible at the July meeting and traders are now pricing in around 100 basis point hikes in total until years end.

"Inflation expectations are now at around 2% and apparently, they’re going to stay there, therefore we can move and we can move gradually, raising interest rates in the coming months." Mr Vosco said.

"Now, I think that we can move out this negative territory while noting that "perhaps July" could be the timing of the first-rate hike.

While the Eurozone, in contrast to the U.S., was relatively restrained with its fiscal stimulus during the coronavirus pandemic, that still hasn't stopped consumer prices rising at a rapid rate lifetime, pushing to 7.5% in March before falling slightly to 7.4% in April.

Many analysts see inflation peaking at around 9 percent as the the Eurozone is arguably more exposed to inflationary pressures from supply squeezes across the world, whether from inputs of intermediate goods from China, which have been increasingly held up by Covid-19-related lockdowns, or from the lack of supply of Russian oil, gas and coal which has been caused by sanctions leveled against Russia 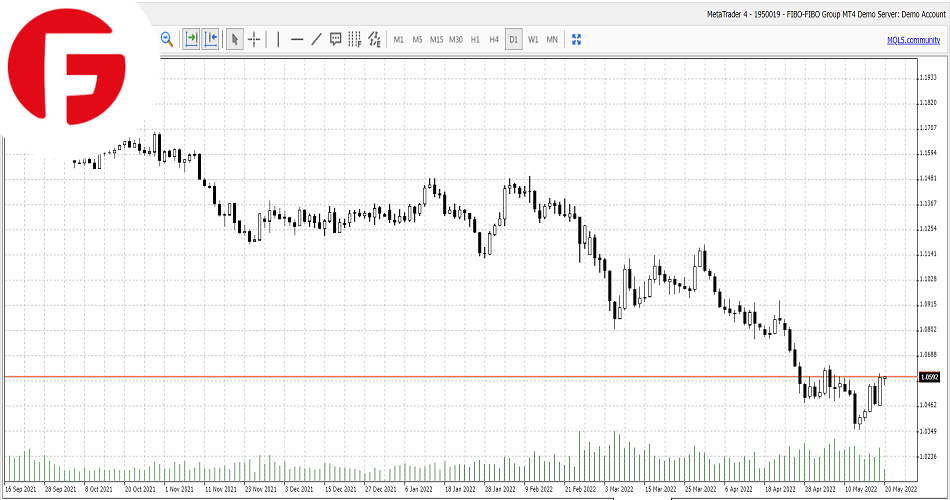 Looking ahead today, the main driver of the EUR/USD currency pair will be consumer confidence figures from the Eurozone which are expected to hit the market at -21.5 which is a slight improvement on last month’s number of -22.

Anything stronger than predicted will likely boost the case for a rate hike in July and see the Euro finish the week on a strong note against the greenback.