The Euro jumped significantly higher in yesterday’s trading session, reaching a nearly 3 week high against the US dollar before giving up some gains after comments from a US Federal Board member mentioned to the market that interest rate hikes in the US may be on the way.

For the past few months, Members of the US central bank including the Fed president, Jerome Powell have let their thoughts known to the market regarding the current inflation figures which they believe are temporary and are caused by the rebound in the economy from the covid 19 pandemic which has devastated the American economy for the best part of 2 years.

There are signs however that some board members are breaking ranks in regards to this topic and in one of the strongest signals this year regarding rate rises, Federal reserve Board member Christopher J. Waller noted in a speech yesterday that the Fed was ready to step in should prices keep rising.

“If inflation keeps rising at its current pace in coming months rather than subsiding as expected, Federal Reserve policymakers may need to adopt ‘a more aggressive policy response’ next year.” Mr Waller said.

The news capped off a double dose of bad news for the Euro because earlier in the day the market witnessed a speech from the European Central Bank member Frank Elderson who took the opposite stance and pledged the ECB would keep their monetary stimulus program in place for the time being until significant improvements in the European economy are made.

Looking ahead today, the main driver of the Eur/USD currency pair will be the release of Consumer price index figures from the Eurozone during the European session and a speech by Fed board member Randal Keith Quarles during the American session. 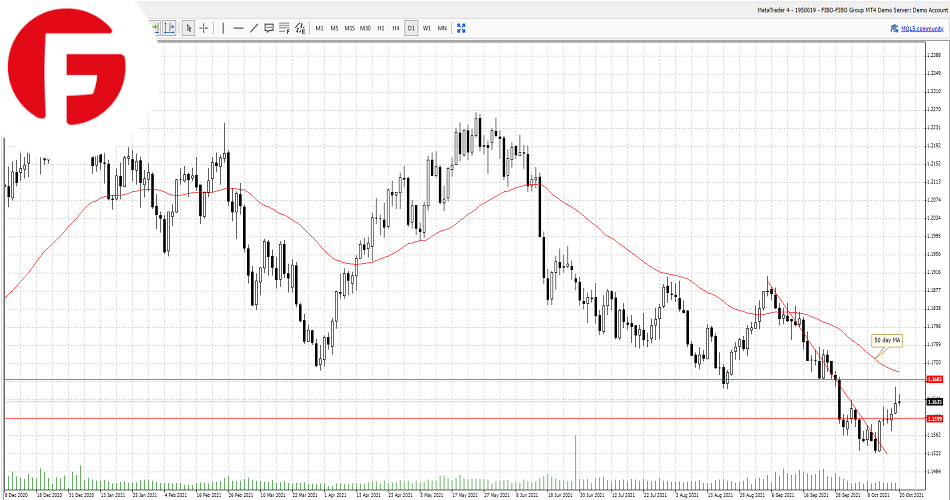 On the chart we can see the Eur/USD currency pair made a run for the $116.85 level but was quickly rejected well before getting their and is now in a consolidation phase as the European trading session gets underway.

A strong set of CPI figures from the Eurozone today may see the currency pair make another run for this level but it is hard to see how strong CPI figures alone will help break the $1.1685 mark and we may have to wait for tomorrow’s European council meeting to gauge the mood of various government ministers regarding the state of the European economy.