The Euro took a tumble against the greenback in yesterday’s trading session after another strong round of data from the US set the stage for a strong Non-farm payrolls figure due to announced later today during the American session.

The latest initial jobs claim figure hit the market at 269k against analysts’ expectations for a figure of 277k which caused the Euro to flirt with a new 14 month low before recovering slightly later in the day.

The jobs market in the US is currently one of the last remaining economic indicators which is holding back the US Federal reserve from laying out a plan with regards to lifting interest rates and earlier in the week Fed Chair Jerome Powell said he was in no rush to hike rates, even as the Federal Open Market Committee announced a $15 billion monthly tapering of its $120 billion in monthly asset purchases.

Should we see a strong NFP figure later today the Fed will no longer be able to ignore the fact that rates will need to rise soon, maybe as early as next year which is opposite the intentions of European Central Bank President Christine Lagarde who pushed back on Wednesday against market bets for a rate hike as soon as next October and said it was very unlikely such a move would occur in 2022.

This will see the potential yields in the US dollar and Euro diverge even further and deliver a bleak outlook for the European currency. 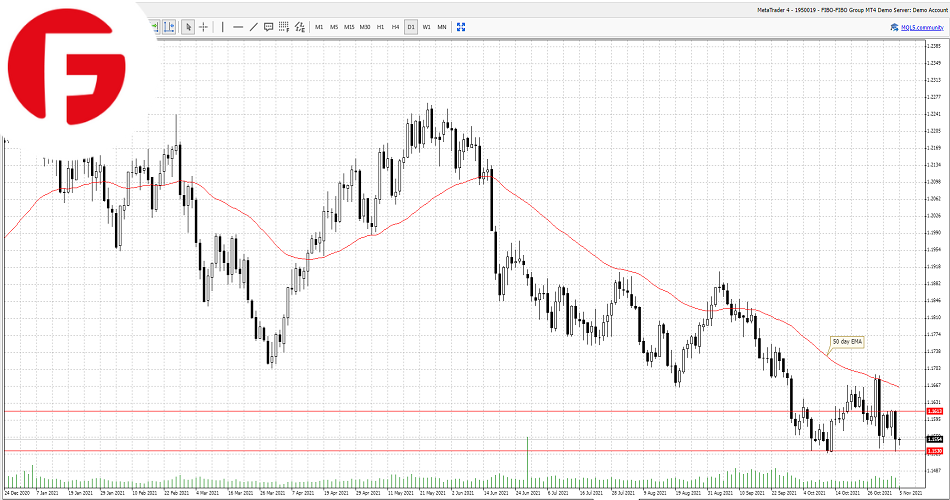 The EUR/USD currency pair managed to once again find support yesterday at the $1.1530 which shows for now there are plenty of buyers willing to step in and save the currency from hitting a new yearly low.

As was mentioned, earlier, today is all about the Non-farm payrolls figure and the number expected is to hit the market at a whopping 425k according to analysts, well up on last months number of 194k while the unemployment rate is expected to fall to  4.7%.

A solid US Nonfarm Payrolls could help extend the dollar’s upsurge, which could knock down the EUR/USD currency pair back to test the 2021 lows of 1.1524 and a sustained break below this level could fuel a fresh drop towards the $1.1500 psychological level.