The Euro is heading into the European trading session today looking very vulnerable and will soon face the release of Industrial production figures from the Eurozone which are expected to come in at 4.1% against last months figure of 5.1% and shows a worrying downtrend.

The concerns about growth in Europe were backed up earlier today by European Central Bank policymaker Olli Rehn who noted that Supply chain bottlenecks that are dampening euro zone growth and pushing up inflation that will linger throughout 2022.

This is in stark contrast to the US, which some say may be overheating after the latest inflation figures hit the market at 6.2%, compared to market estimates of 5.8%, while the core rate rose to 4.6% against analysts’ expectations for a number of 4.3%. This latest jump in inflation is bound to force the US Federal Reserve’s hand and make them act sooner rather than later when it comes to hiking interest rates and now the question on everybody’s mind is how many rate rises the US Central Bank will deliver next year.

Some analysts are already penciling in 3 rate hikes and with little to no chance of any rate moves in the Eurozone the widening yield gap between the Euro and the Greenback is only going to cause further pain for the European currency.

Further confirmation of the current strength of the US economy will be witnessed later today during the American session with the release of the Michigan consumer sediment index from the US and the number is expected to come in at 72.4 against consensus for a number of 71.7. 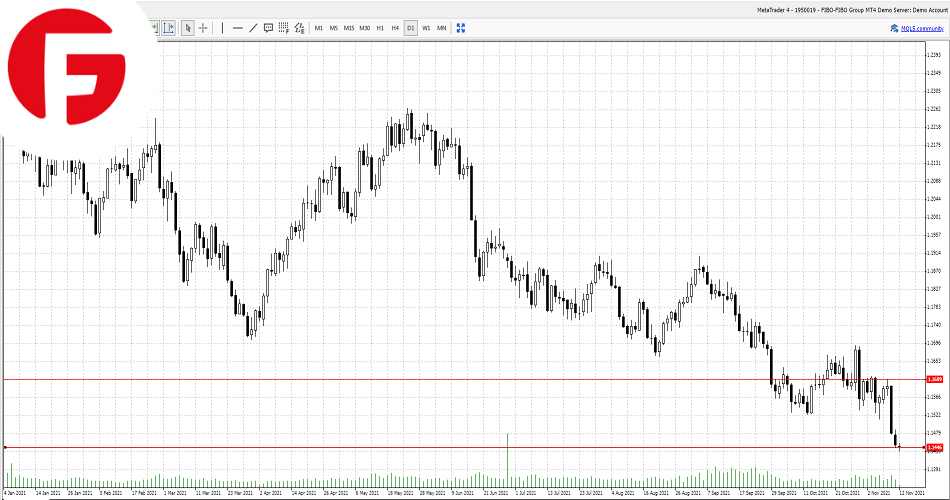 According to one of the world’s leading investment banks, the EUR/USD currency pair has not finished it current downtrend and after breaking through a key support level the currency pair is probably headed towards the $1.11300 level.

The “EUR/USD has finally broken decisively below major support at 1.1495/93, which significantly reinforces our core bearish view. This breakdown itself came on the back of a rejection from key resistance from its falling 55-day average (and downtrend from June) at 1.1670/95, with a major top also remaining in place, which is still the key technical feature. Furthermore, short-term momentum is re-accelerating.” said economists at Credit Suisse.