The target at 90.00 has already been reached. I draw your attention to the fact that the noted psychological level of support is a strong technical level, which has repeatedly kept sellers from developing a more powerful wave of decline. The nearest resistance is the mark of 90.30, a break of which will open the way to 90.50.

At the moment, the bearish scenario remains in priority until the return and subsequent fixation of quotes above 90.50. In addition, we should not exclude the formation of a sideways movement in the narrow price range of 90.00–90.50. 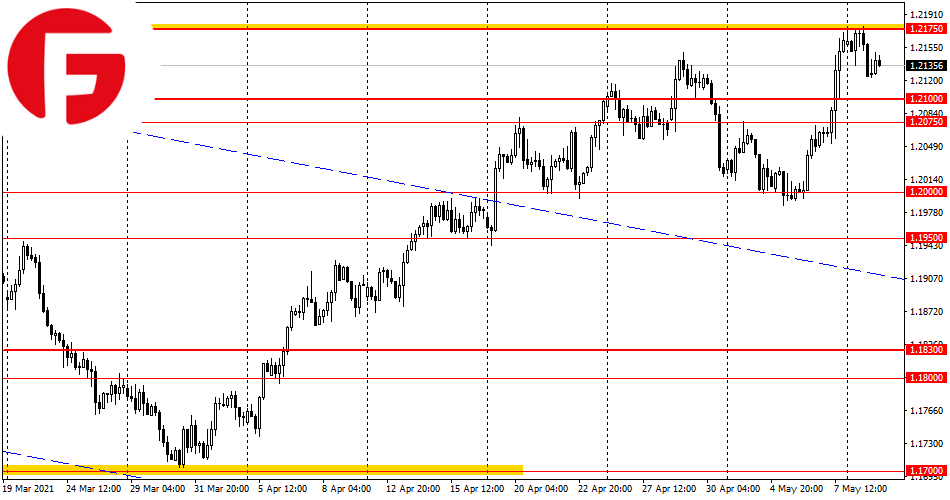 Another test of the technical resistance level of 1.2175 was not successful. In addition, the pair's quotes are held below the level of 1.2150, which now also acts as a resistance for buyers. As a result, active purchases under the area of 1.2150–1.2175 remain in the zone of increased trading risk. At the same time, it is important to take into account that the potential for a downward price movement is limited by the support of 1.2100.

The exit and subsequent fixation of the pair's quotes outside the price range of 1.2100–1.2175 will determine the further direction of the price movement. 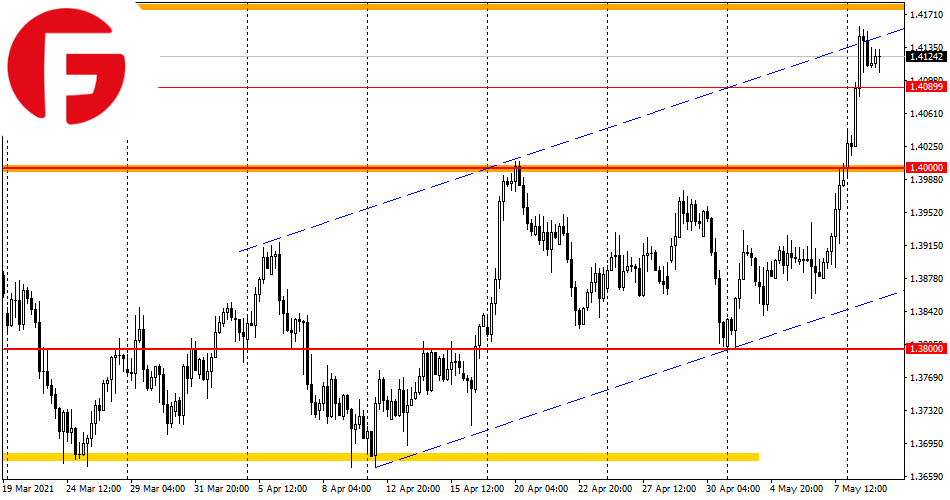 As a result of the explosive growth, the pair's quotes came close to the technical resistance level of 1.4180. Note that the growth was completed at the upper boundary of the ascending channel. Therefore, a breakout and subsequent fixation of quotes under 1.4100 will significantly increase the risk of the pair returning to 1.4000. Until then, the bullish scenario, which takes into account the growth in the area of the 42nd figure, remains in priority.

Today, there will be no important macroeconomic publications from the UK, so the volatility of trading may decrease. 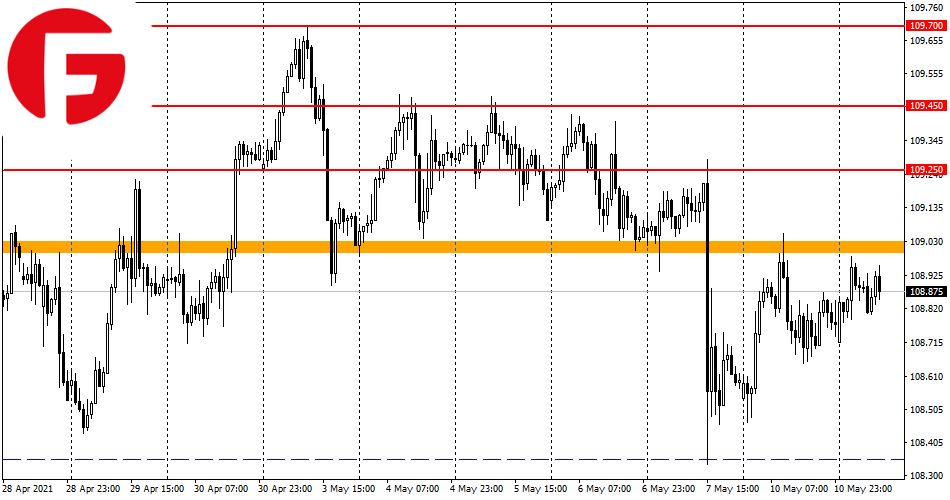 After testing the local support at 108.35, the activity of buyers increased significantly. At the same time, only fixing the quotes above 109.00 will indicate the ability of the pair to continue growing. I draw your attention to the accumulation of technical resistance levels: 109.25, 109.45 and 109.70. Given all this, the bulls need very strong support to develop further growth.